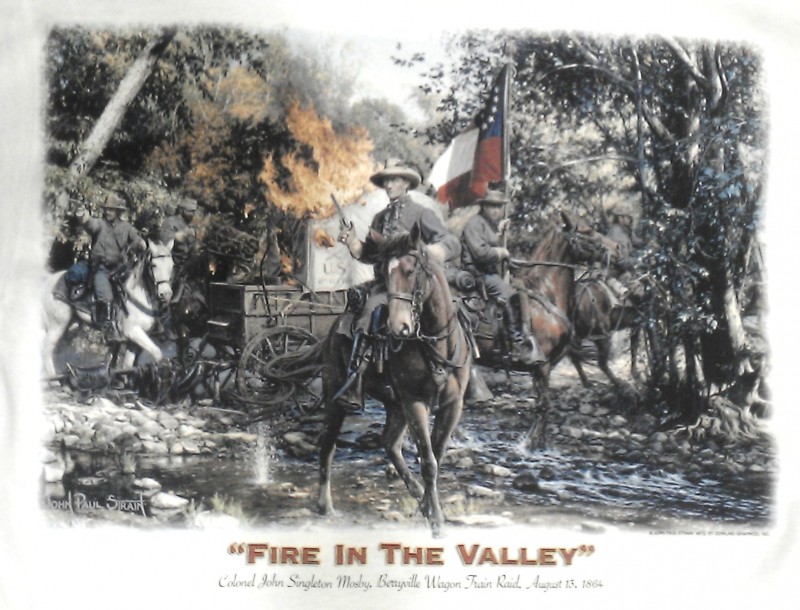 This is the 150th anniversary of the execution of six of John S. Mosby’s Rangers by Union forces under the command of Gen. George S. Custer.  The hills and mountains I roamed as a boy was previously known as “Mosby’s Confederacy”- thanks to the courage and savvy of  the guerillas led by Col. John S. Mosby, the “Grey Ghost of the Confederacy.” Late in the war, when Confederate armies were being trounced or pinned down everywhere, a few hundred Mosby partisans tied up ten thousand Yankees. Mosby suffered none of the Sir Walter Scott-style sentimentality that debilitated many Southern commanders. Instead of glimmering sabers, his men carried a pair of .44 caliber revolvers. Mosby later commented: “In one sense the charge that I did not fight fair is true. I fought for success and not for display. There was no man in the Confederate army who had less of the spirit of knight errantry in him, or who took a more practical view of war than I did.”

Mosby was opposed to both secession and to slavery. But once Virginia was imperiled, he joined the Confederate Army and his talents greatly helped Gen. Jeb Stuart and other Confederate leaders.   He launched his own command in northern Virginia in early 1863. “A small force moving with celerity and threatening many points on a line can neutralize a hundred times its own number,” Mosby declared. There was so much fear of Mosby that the planks on the bridge across the Potomac were removed each night, for fear that he would raid the capital. Reading of Mosby’s exploits when I was a boy,  I was impressed how a few well-placed attacks could throw the entire government into a panic.

At a time when Union forces had commenced ravaging the homes, barns, and civilians in the Shenandoah Valley, the Union effectively labeled Mosby’s men as “illegal enemy combatants.”  Union commander Gen. U.S. Grant had advised Gen. Phil Sheridan, “Where any of Mosby’s men are caught, hang them without trial.” The North stretched the definition of illegal enemy combatant at the same time it redefined its own war crimes out of existence.  That order was carried out by Brig. Gen. George S. Custer, who later achieved notoriety for massacring Indian women and children before his own demise at the Battle of Little Big Horn. 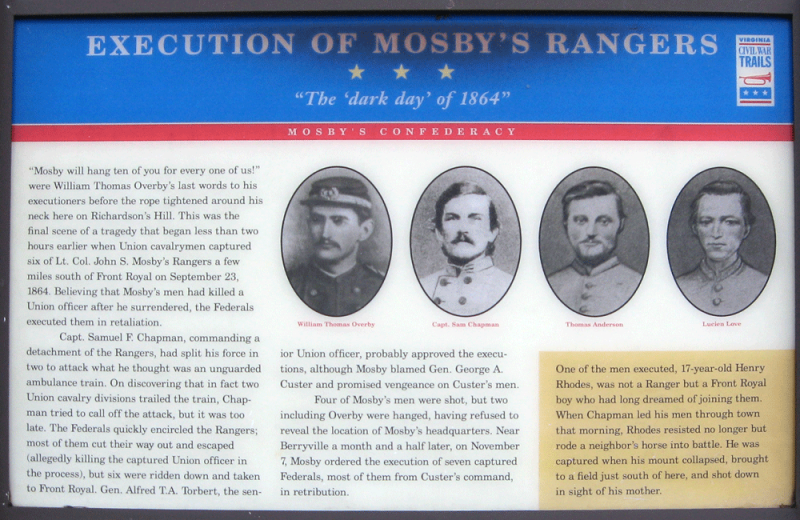 Here is the write-up on the executions from today’s Northern Virginia Daily, including of two events this evening in Front Royal:

In Front Royal, a grim reminder    By Joe Beck

The deaths of six men by shooting and hanging without trials amid a group of terrified civilians might sound like the latest news bulletin from the Middle East, but the violence is an all too real part of Front Royal’s Civil War history from 150 years ago.

The dead were members of Lt. Col. John Mosby’s Rangers, a unit of Confederate partisan fighters marked for death under orders from Lt. Gen. Ulysses S. Grant that were passed down the chain of command to rank and file Union soldiers.

The victims included a 17-year-old boy, Henry Rhodes, who was shot before his horrified mother. Rhodes was not an official member of the rangers, but rode off with them the same morning he and the other detainees were captured and executed.

Patrick Farris, the executive director of the Warren Heritage Society, called the executions of Mosby’s Rangers an example of how the “war truly hit home in Front Royal.”

“As you can imagine, this was a day when the civilian population was exposed quite directly to the brutality of war in its most lawless forms,” Farris said.

The anniversary of the executions Tuesday will be marked at 6:30 p.m. by a commemorative wreath laying ceremony at the Mosby monument in Prospect Hill Cemetery off of Prospect Street. The event, conducted by the John Singleton Mosby Chapter of the Sons of Confederate Veterans, is free and open to the public.

The wreath laying will be followed by a lecture by historian Eric Buckland at 7:30 p.m. at the Williams Chapel CME Church at 231 Chester St., Front Royal. 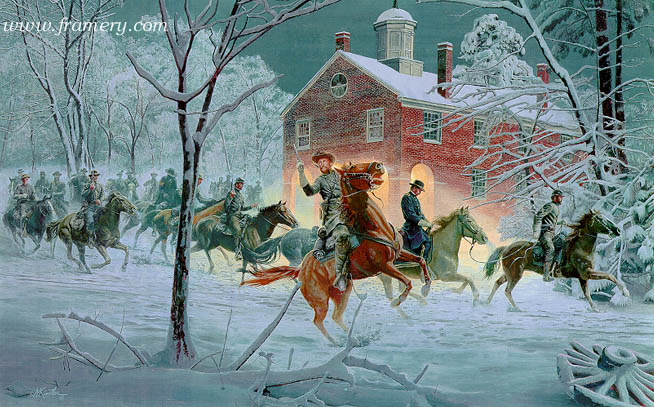 The art work above is by Mort Kunstler.   The photo at the top is available in a t-shirt design here.

One Response to Anniversary of Hanging of Mosby’s Men in Front Royal, Virginia