A Washington Post article today – “Why the Scouts Can do No Right Politically” – included several paragraphs from my USA Today article last week. Here’s a partial outtake:

“This month, long before Gates’s announcement, conservative critics slammed the Boy Scouts for new initiatives such as including girls in activities and emphasizing math and science. “The Boy Scouts are once again reforming themselves into oblivion,” wrote James Bovard in an opinion piece in USA Today. “With falling enrollment nationwide, the Scouts are desperate for good publicity. Their latest politically correct gambit involves offering STEM programs for boys and including girls to help close the ‘gender gap.’”

Like other critics, Bovard argued that the Boy Scouts were sacrificing their masculine soul in a mistaken attempt to save themselves in a metrosexual era.”

Not sure where the “conservative” came from – and my piece did not mention “metrosexual” – but what the heck – they quoted the article accurately. And that was enough to enrage commenters on the Post website:

Right-wingnut bigots like Bovard just do not get it. _Not_ policing sexual orientation does not detract from “The skills I most enjoyed learning in the Scouts – building fires, camping in winter, shooting white water rapids in a canoe – involved getting your hands dirty and surviving bumps and bruises…”   Any need to somehow determine and then mandate sexual orientation is just pure bigotry.

“The skills I most enjoyed learning in the Scouts – building fires, camping in winter, shooting white water rapids in a canoe – involved getting your hands dirty and surviving bumps and bruises,” objected James Bovard.

I see that the silly mental image of same-sex orientation as creating some sort of limp-wristed prissy little pantywaist still survives. Perhaps Mr. Bovard would like to discuss his opinion with the family of Army Sgt. 1st Class Paul R. Smith, who was awarded the Medal of Honor for his actions in Iraq during the 2003 battle for the Baghdad airport. He was gay….

“The Scouts are ill-advised to shift away from their rough-and-tumble heritage. The people who hate the Scouts will not be mollified by the latest STEM gambit, and some kids who might have joined will be put off by expectations of another dreary science class.”

That this man considers science class dreary, and is able to make millions of dollars selling books advising people how to live their lives in the modern world, says a lot about why we’re in the mess we are today.

That he is able to use a computer to spout his nonsense is nothing but a testament to science.

Or that he seems to think girls aren’t interested in “getting your hands dirty and surviving bumps and bruises,” just as much as boys.

My response: My article didn’t mention gays but that was apparently irrelevant to the commenters.

Also –  I always suspected that my publisher was shortchanging me a few million dollars.

Being vilified goes very well with the Victory “Hop Devil” ale I am drinking at the moment. 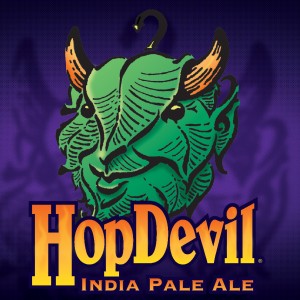