Jim Bovard urges Trump to open the files to provide activism ammo for the vast numbers of Americans who vehemently oppose forever  wars. 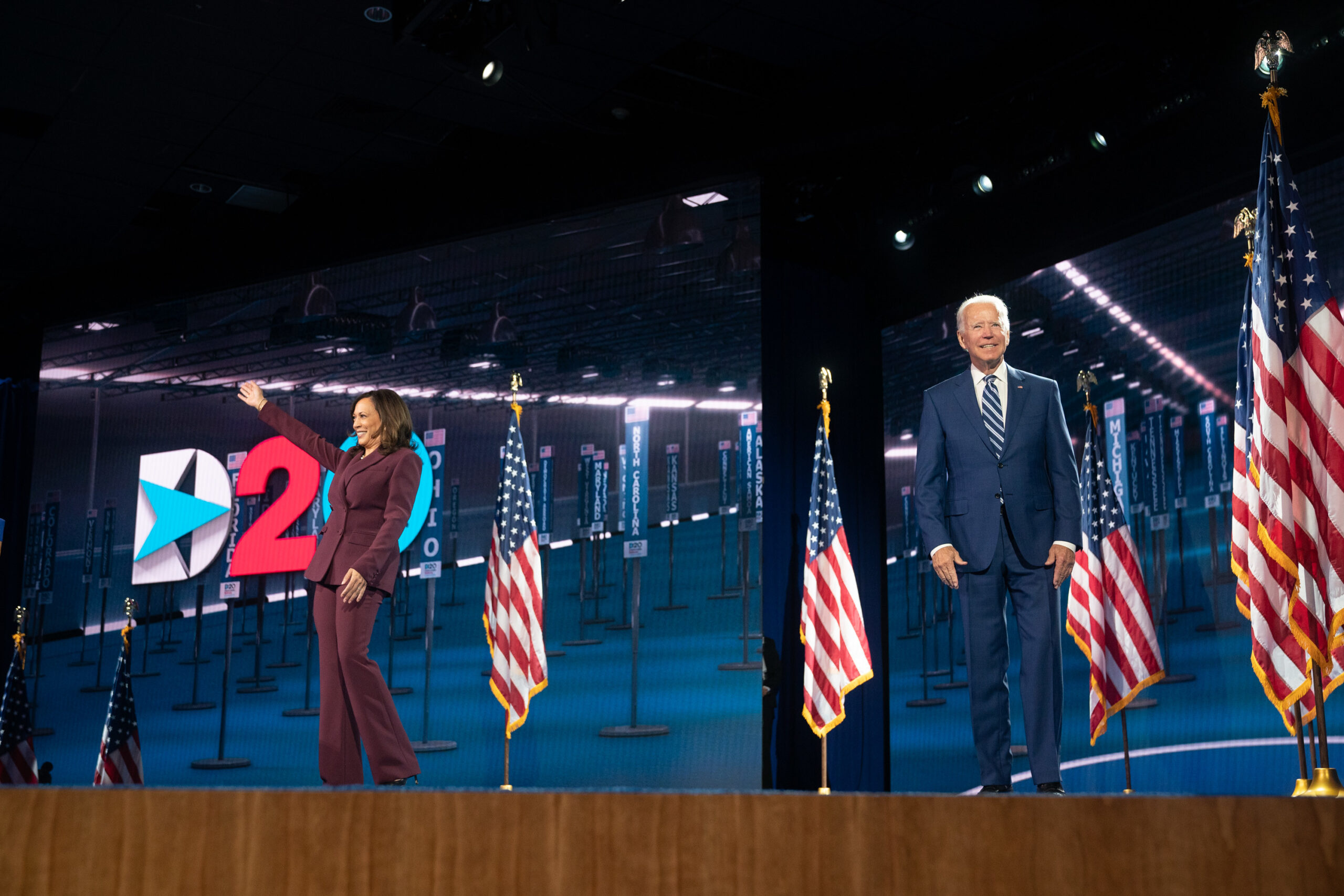 By James Bovard
The American Conservative

How many Syrians did you vote to kill on Election Day? Thanks to our perverse political system, the answer will be revealed over the next four years if the Biden administration drags the U.S. back into the Syrian Civil War. But there are steps that President Donald Trump can take in his final months in office to deter such follies.

Syria was not an issue in the presidential campaign and there were no foreign policy questions in the two presidential debates. That won’t stop the Biden team from claiming a mandate to spread truth and justice via bombs and bribes any place on the globe.

The Biden campaign promised to “increase pressure” on Syrian president Bashar al-Assad – presumably by providing more arms and money to his violent opponents. Vice President-elect Kamala Harris declared that the U.S. government “will once again stand with civil society and pro-democracy partners in Syria and help advance a political settlement where the Syrian people have a voice.”

Syria policy has long exemplified the depravity of Washington politicians and policymakers and the venality of much of the American media.

The same “Hitler storyline” that American politicians invoked to justify ravaging Serbia, Iraq and Libya was applied to Assad by Secretary of State John Kerry in 2013. Once a foreign leader is irrevocably tagged with the scarlet H, the U.S. government is automatically entitled to take any action against his nation that would purportedly undermine his regime.

Every side in the Syrian civil war committed atrocities, but the Obama administration acted as if there was only one bad guy.

Much of Raqqa, Syria, suffered extensive damage during the battle of June–October 2017. (Mahmoud Bali, Voice of America, Wikimedia Commons)

Trump attempted to extract the U.S. from the Syrian conflict, but his sporadic, often unfocused efforts were largely thwarted by the permanent bureaucracy in the Pentagon, State Department and other agencies. Considering the likelihood that the Biden administration will rev up the Syrian conflict by targeting Assad, recapping how America got involved in this mess to begin with is worthwhile.

President Barack Obama promised 16 times that he would never put U.S. “boots on the ground” in the four-sided Syrian civil war. He quietly abandoned that pledge and, starting in 2014, launched more than 5,000 airstrikes that dropped more than 15,000 bombs in Syria.

Lying and killing are often two sides of the same political coin. The U.S. government provided cash and a massive amount of military weaponry to terrorist groups seeking to topple the Assad regime. The fig leaf for the policy was that the U.S. government was merely arming “moderate” rebels — which apparently meant groups that opposed Assad but which refrained from making grisly videos of beheadings.

U.S. policy in Syria became so bollixed that Pentagon-backed Syrian rebels openly battled CIA-backed rebels. The U.S. government spent billions aiding and training Syrian forces who either quickly collapsed on the battlefield or teamed up with the Islamic State of Iraq and Syria, or al-Qaeda-linked forces.

Federal law prohibiting providing material support to terrorist groups was not permitted to impede Obama’s Syrian crusade. Evan McMullin, a 2016 presidential candidate, admitted on Twitter: “My role in the CIA was to go out & convince Al Qaeda operatives to instead work with us.”

My role in the CIA was to go out & convince Al Qaeda operatives to instead work with us.

Most of the media outlets that shamelessly regurgitated the George W. Bush administration’s false claims linking Iraq to Al Qaeda to justify a 2003 invasion ignored how the Obama administration began aiding and abetting terrorist groups. The Intercept’s Mehdi Hasan lamented last year that those who warned that the U.S. government “providing money and weapons to such rebels would backfire… were smeared as genocide apologists, Assad stooges, Iran supporters.”

A Turkish think tank analyzed the violent groups committing atrocities in Syria after the start of the Turkish invasion in 2019: “Out of the 28 factions, 21 were previously supported by the United States, three of them via the Pentagon’s program to combat [ISIS]. Eighteen of these factions were supplied by the CIA.”

American policy in Syria has been incorrigible in part because most of the media coverage of the conflict has been like a fairy tale that sometimes showcased our national goodness. Trump’s finest hour, according to the American media, occurred when he launched missile strikes on the Syrian government in April 2017 after allegations that President Bashar al-Assad’s forces had used chemical weapons.

MSNBC host Brian Williams gushed over the video footage of the attacks: “I am guided by the beauty of our weapons.” Washington Post media columnist Margaret Sullivan groused that “praise flowed like wedding champagne—especially on cable news.” 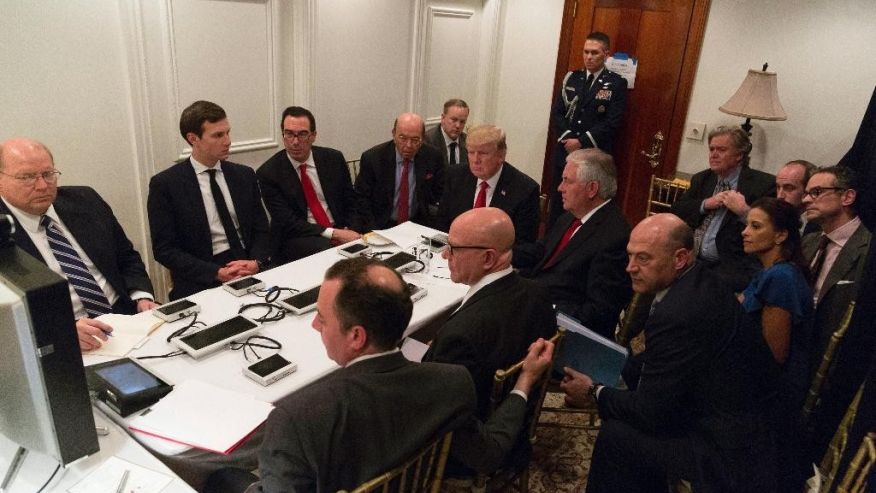 President Donald Trump meeting with advisers at his estate in Mar-a-Lago on April 6, 2017, regarding his decision to launch missile strikes against Syria. Items in the image were altered for security purposes. (White House, Shealah Craighead)

That wasn’t the only time that top-tier media celebrated carnage. Later in 2017, Washington Post columnist David Ignatius proudly cited an estimate from a “knowledgeable official” that “CIA-backed fighters may have killed or wounded 100,000 Syrian soldiers and their allies over the past four years.”

Ignatius did not reveal if his inside source also provided an estimate of how many Syrian women and children had been slaughtered by CIA-backed terrorists.

Capitol Hill has been worse than useless on Syria. When Trump announced plans to pull U.S. troops out of Syria, the House of Representatives condemned his move by a 354 to 60 vote.

Rep. Eliot Engel (D-N.Y.), chairman of the House Foreign Affairs Committee, blathered, “At President Trump’s hands, American leadership has been laid low.” Sen. Richard Blumenthal (D-Conn.), who was elected after lying to voters by claiming he fought in the Vietnam War, said he felt “horror and shame” over Trump’s action.

Congress showed more outrage about a troop pullback than it had shown about the loss of all the American soldiers’ lives in pointless conflicts over the past 18 years. 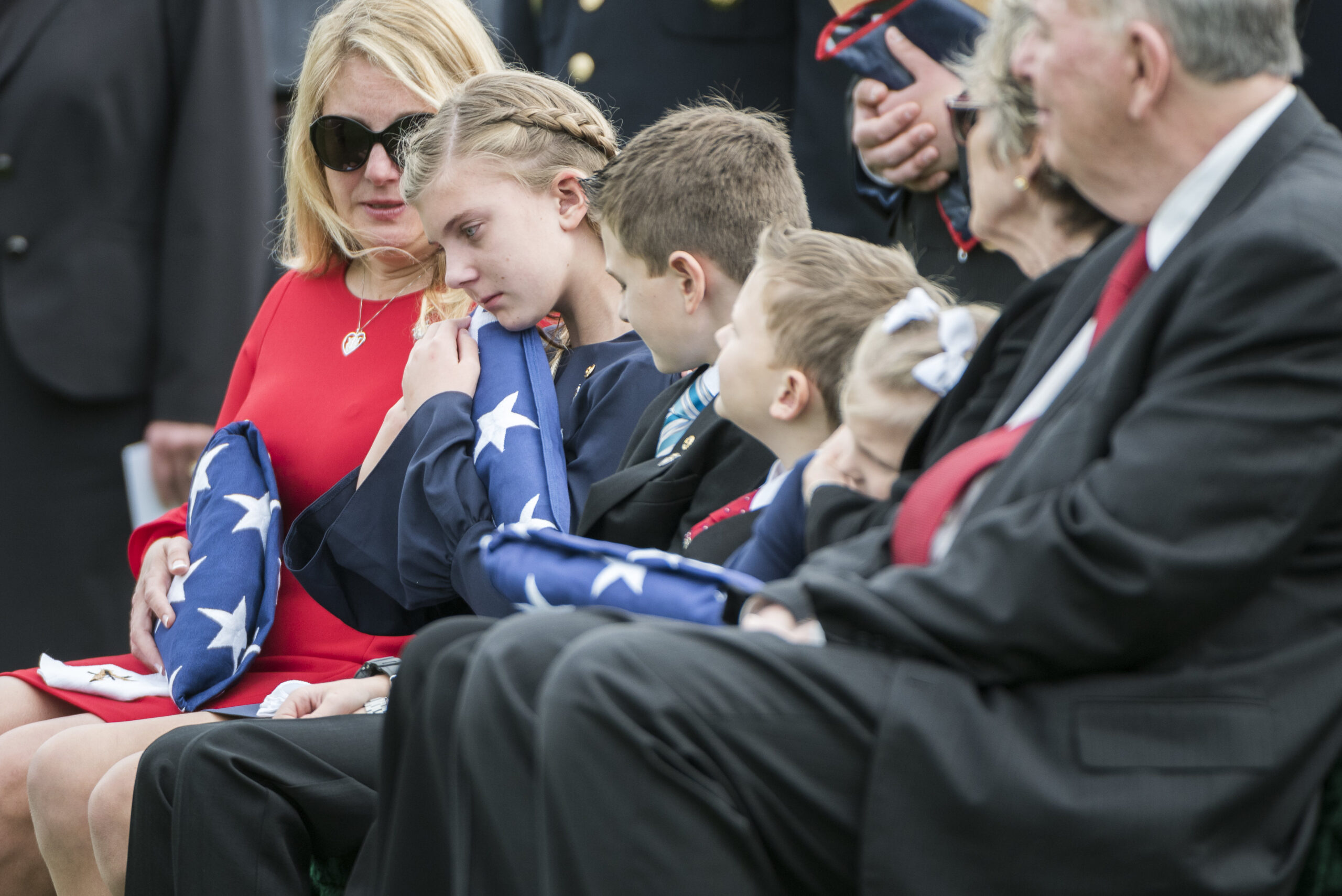 Foreign policy “experts” are Washington’s most respected con artists. It will be no surprise if Biden appointees repeat the same too-clever-by-half routine of the Obama years, bankrolling terrorists to torment a nation ruled by someone who Washington disapproves of.

If the Biden administration commences bombing Syria to topple Assad, Americans would be naive to expect to learn the facts from cable news or their morning newspapers. Syrian children who die in U.S. airstrikes will be as invisible as Hunter Biden’s laptop in the vast majority of American media coverage. The media will also continue to ignore the slaughter of Syrian Christians, one of the largest and least recognized victims of the civil war.

The best hope to prevent a new round of mistakes, lies, and atrocities is an epic disclosure of prior U.S. mistakes, lies and crimes in Syria. There is an old saying that sunshine is the best disinfectant. For U.S. policy in Syria, what is needed is an acid burn that permanently sullies the reputations of any government official involved in creating, perpetuating or covering up debacles.

Any U.S. government official involved in arming the “moderate” rebels deserves to be ridiculed in perpetuity. 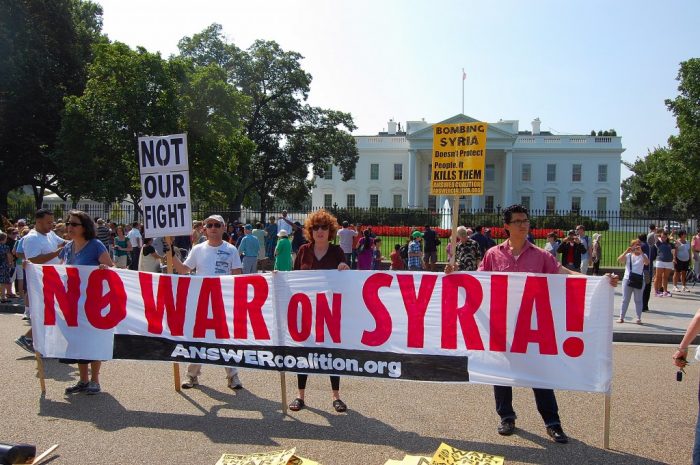 The vast majority of records on U.S. intervention in Syria are likely classified as military or national security secrets. But the president is authorized to disclose as he chooses. Perhaps what is needed is a WikiLeaks-style massive dump of documents with only the names of innocent Syrians redacted.

Almost 20 years ago, Washingtonians were riveted by the last-minute pardons that Bill Clinton uncorked until almost the final moment of his presidency. Trump could do the same thing with deluges of disclosures on Syria and other quagmires until the moment that Biden leaves his basement for swearing-in.

If blanket revelations are not possible, then selective disclosures with high entertainment value would include the cozy ties between federal agencies and journalists and think tanks who won official favor by shamelessly recycling official lies.

Revealing the strings that foreign governments pulled to propel or perpetuate U.S. intervention could vaccinate Americans against similar ploys in the future. The Israeli government admitted last year (after years of denials) that it had long provided military aid to radical Muslim Syrian groups fighting Assad.

With the Obama administration’s approval, the Saudis poured massive amounts of arms and money into the hands of terrorist groups fighting the Assad regime. Both the Israeli and Saudi military aid made the Syrian assignment more perilous for American troops. Other governments helped sow chaos and carnage in Syria while the Obama administration pretended that the main or sole problem was Assad. 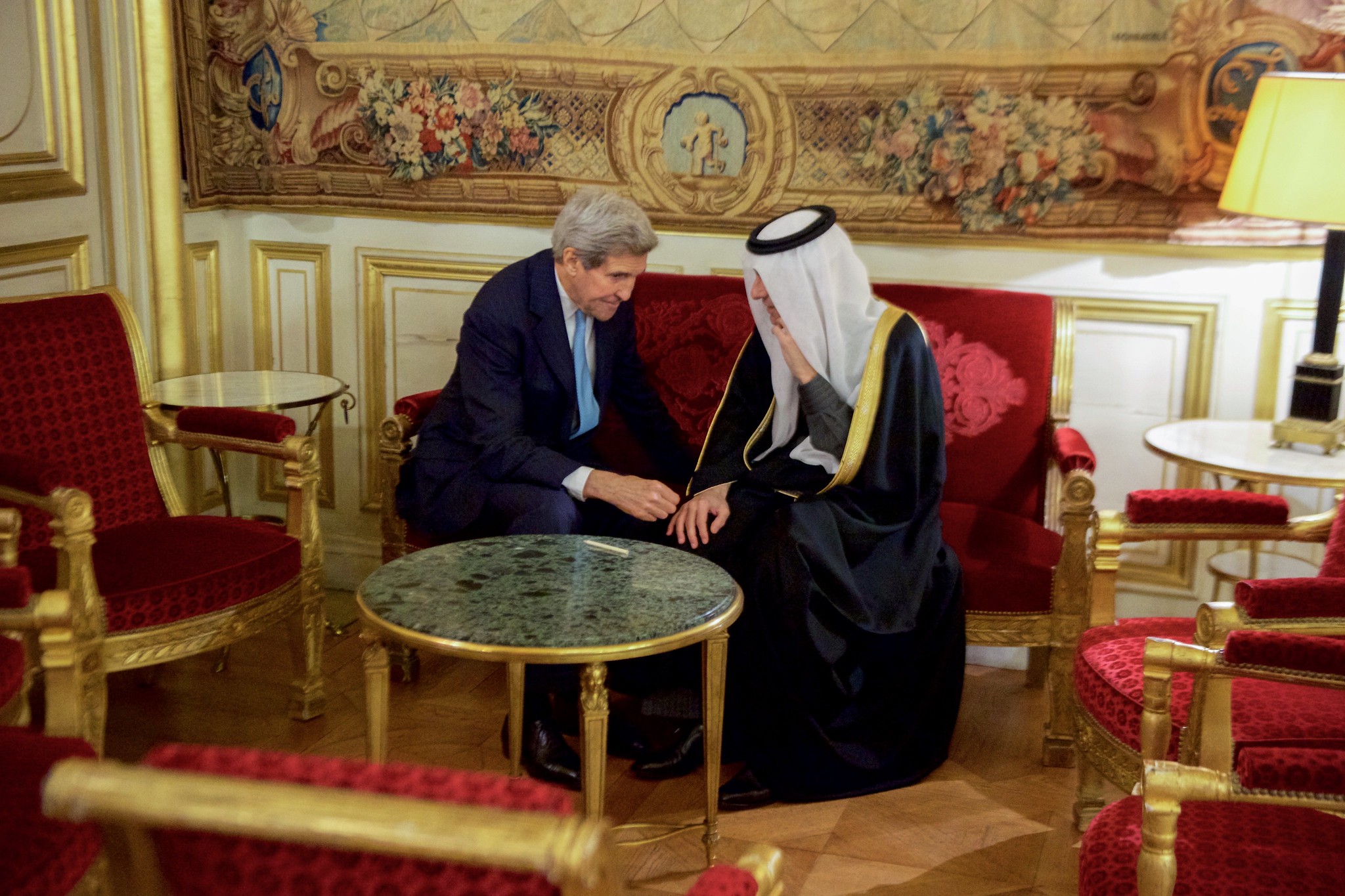 U.S. Secretary of State John Kerry and Saudi Arabian Foreign Minister Adel al-Jubeir meet on Dec. 14, 2015, at the French Foreign Ministry in Paris before a multinational meeting to discuss the future of Syria. (State Department)

Sweeping disclosures could also enable Trump to settle scores with appointees who subverted his policies. Trump appointed a Never-Trumper letter signer, Jim Jeffrey, as his special envoy for Syria. Last week, Jeffrey explained how he and others thwarted Trump’s efforts to disengage in Syria: “We were always playing shell games to not make clear to our leadership how many troops we had there.”

The actual number was far higher than the 200 Trump thought would be left in the country. The charade on troop deployments was a “success story” for Jeffrey, Defense One noted, because it “ended with U.S. troops still operating in Syria, denying Russian and Syrian territorial gains.”

But denying “Syrian territorial gains” to Syrians was not the policy Trump touted. Washington Post reporter Liz Sly savored the charade: “US officials have been lying to Trump – and the American people – about the true number of US troops in Syria in order to deter him from withdrawing them, according to the outgoing Syria envoy. Trump thinks it’s 200.” 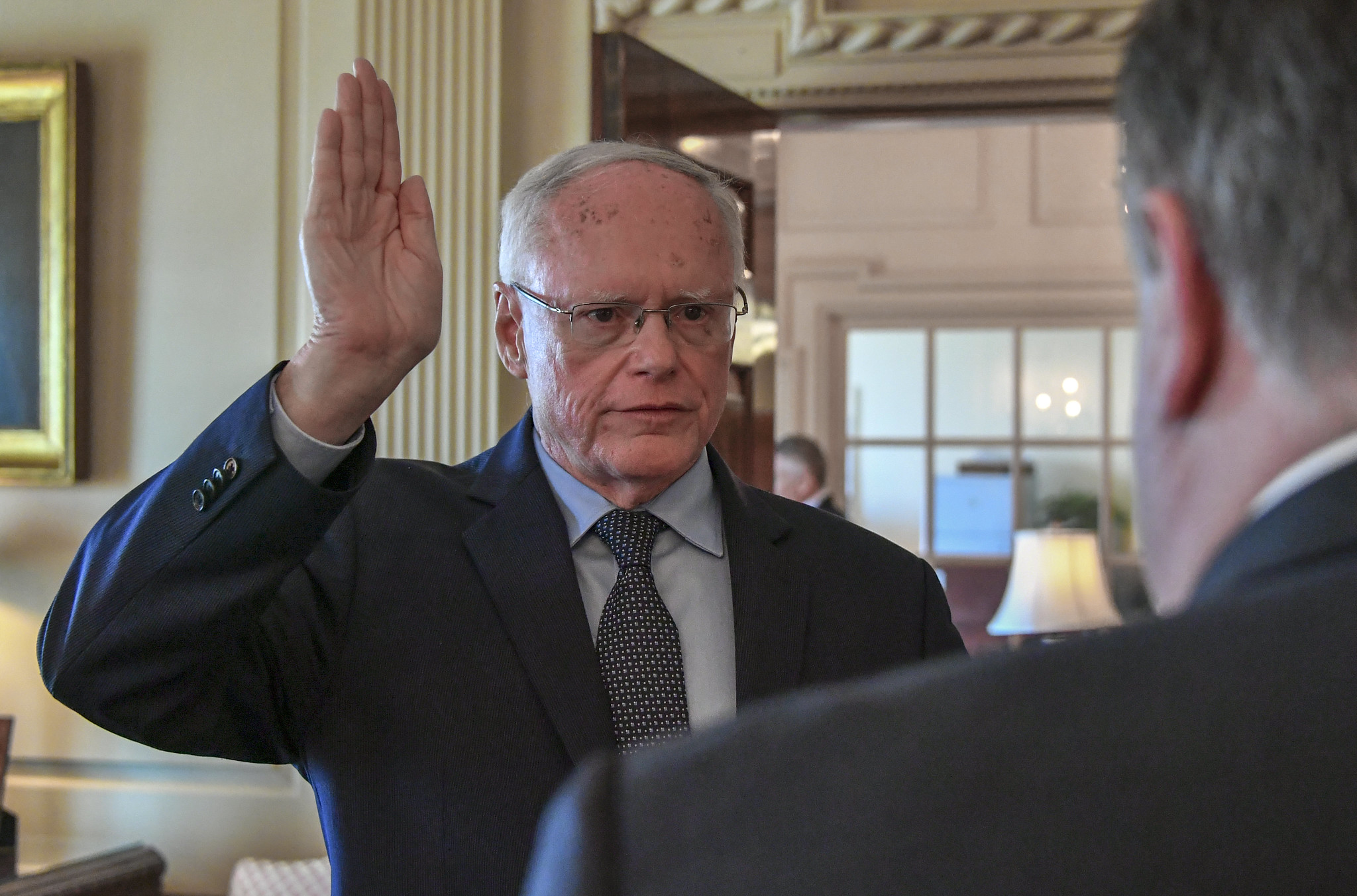 Opening the files on Syria would provide the ammo for activism by vast numbers of Americans who vehemently oppose new wars. In August 2013, Obama was on the verge of bombing the Assad regime after allegations it had used chemical weapons.

A vast outcry against intervention, including a dramatic protest outside the White House while Obama was making a Saturday speech on his Syrian plans, temporarily deterred further U.S. escalation (beheading videos were the Aladdin’s Lamp for interventionists). There is far more evidence of the folly of U.S. intervening in Syria now than there was in 2013 and probably more folks today ready to raise hell.

America can no longer afford to cloak its foreign carnage in the shroud of good intentions. There is no transcendent national interest that justifies pointlessly killing more Arabs in Syria or elsewhere. Americans need to scoff at those who portray keeping U.S. boots on foreign necks as a triumph of idealism.

This article is from The American Conservative.

Counterpunch: How Many Syrians Did You Vote to Kill?
Govt. Offers Bizarre Covid Sex Advice in lieu of Thanksgiving